360 security is an antivirus tool that attempts to go the extra mile in the cyber security world - it’s a package that includes a lot of features, covers a lot of devices and does the basics well. The software has been downloaded by over 500 million people and has a solid arsenal of testimonials and reviews, so you’d expect 360 to be a big contender…

360 security has a strong following and a lot of their fans truly believe in the product. The versatility is amazing and performance is up there too. What makes it great is that they use multiple engines to see better results, their optimization tool actually works and there are in-depth settings for the brave. However, scans did seem to have a negative and obvious effect on system performance.

Depending on the package you opt for, depends on what you get but either way you’re guaranteed a solid arsenal of features. As mentioned earlier, Premium only adds (or removes in this case) ads within the app and has a slightly different theme, so the difference between Total and Premium is minimal. They both come with Antivirus, Anti-ransomware, Online security, Privacy protection, Wifi security and many more features. You won’t be disappointed, especially as it costs nothing!

Support is pretty basic - no live chat or phone numbers, only a simple input form for email support and FAQs but what can you expect? Almost all of their solutions are FOC and they don’t push you to upgrade. 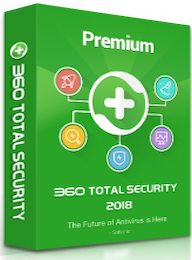